Michael Cheverie has been teaching for over 35 years in the Los Angeles area and for over 20 years in the Los Angeles Unified School District. After acquiring a Bachelor of Science degree in physics and economics at UCLA, and doing some graduate work in physics, he began his teaching career as a teacher of Advanced Placement Physics and Calculus at Fairfax High School in West Hollywood. Later, he became the Coordinator of the California Demonstration Center of Mathematics location at Pacoima Middle School in the San Fernando Valley, as well as chair of the mathematics department at Pacoima Middle School. Mr. Cheverie's experience also includes private educational consulting, including work as a traveling teacher with the actresses Mary-Kate and Ashley Olsen. Mr. Cheverie taught blind and low-vision students for 15 years at many schools in the Los Angeles Unified School District, including the Valley Academy of Arts and Sciences (VAAS). He now teaches physics, mathematics, and computer science at the Valley Academy of Arts and Sciences. Some of his areas of interest include the use of 3D printing to illustrate concepts in mathematics and the sciences, making mathematics accessible to blind students through the use of MathML and LaTeX, and using microcontroller-based data collection devices to make the sciences more accessible to blind and sighted students. Mr. Cheverie is also passionate about helping his visually impaired students learn to code.

Ken Perry and Mike Cheverie use the Orion Graphiti to "look" at objects composed on OpenSCAD, a CAD program for making 3D-printable objects. Ken Perry, who happens to be blind, is a software engineer for the American Printing House for the Blind. Ken asked Mike if he could make a dumbbell with cubes on the ends. Mike said yes. Ken hooked up his Graphiti to Mike's computer as Neal McKinzie, who also uses OpenSCAD to teach blind students, videos the interaction.

LaTeX and MathML - Mathematical Documents and Webpages for Braille Readers

This is a PowerPoint I am presenting at the CTEBVI conference at LAX Marriott on April 13th at 10 am.

This is a PowerPoint I am presenting at the CTEBVI conference at the LAX Marriott on April 14th at 10 am.

If you need Braille documents and/or tactile images for the Braille-reading students in your classes, please send them to Kim McCarty, our Braillist. (And cc me!) Her email address is: braillist@thevalleyacademy.net.
If you have a pdf for conversion, please check first if you can copy and paste from the pdf into a MS Word document. If you can, please do so, and then email the document to Kim. If you can't, we will have to use other means to obtain the document for you. In that case, please email the document directly to me at mike.cheverie@thevalleyacademy.net.

Ms. McCarty, our Braillist, has a new email address. It is:
braillist@thevalleyacademy.net

A couple of days ago I started a GoFundMe campaign to acquire an Ultimaker 3 Extended 3D printer. This printer will allow me to make much more intricate and accurate 3D prints, of skeletal structures, biological organs, functioning models of machinery, etc. The reason is that this printer has two extruder heads, which means that support structures can be printed simultaneously with the actual model, but in a second material that is water soluble. Support structures are necessary because gravity causes drooping, which destroys otherwise great models. The campaign can be found here: https://www.gofundme.com/3d-printing-for-blind-students

3D Printing for TVIs and Transcribers - How to Do It

This is a PowerPoint that I presented at the CTEBVI (California Transcribers and Educators for the Blind and Visually Impaired) Conference in San Francisco last March (2017). I hope you find it helpful! A TVI is a Teacher of the Visually Impaired.

A Note to Students About "Classwork" in Comm Thru Tech

Classwork Assignments in Communication Through Technology include any work VI students work on and complete during the class period in which they meet with Mr. Cheverie.  The classwork grade is on a 10-point scale, 10 being great (!), and 1 being not so hot. If you come to class and work diligently, you will receive a 10. If you fool around or dither (look this word up, please), you will receive something less than a 10. Mr. Cheverie reserves the right to use his discretion in assigning a point value for any particular classwork assignment. 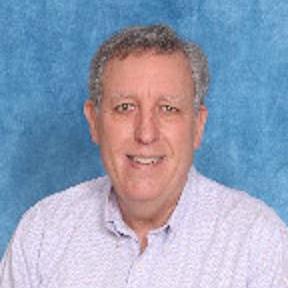